The wait is almost over - Chris Lilley's new television series 'Lunatics' will debut on Netflix on April 19th, a 10-part series that brings us six brand-new characters from the iconic Australian comedian.

The new characters include Becky, a 7’3″ tall Uni student, Quentin, a ponytailed real estate agent who aspires to be a DJ, as well as Joyce, a former adult film star now living in suburbia and Jana, a pet psychic to the stars. The latest project is Lilley's first since his 2014 ABC series 'Jonah From Tonga'.

As someone who recently purchased a Chihuahua, I understand Chris Lilley's character Mr. G from 'Summer Heights High' and I believe that Celine is straight up the best character on television, so although I'm excited for this new Lilley series I'm not sure anything can match up. I will not be taking any further questions at this time. 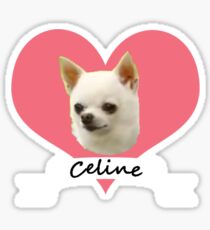