Tyga has dropped an insane $500,000 for this Archangel chain, which features St. Michael trampling on Satan to show Tyga's haters being defeated.

Tyga commissioned Ben Baller and IF & Co. Jewellery for the 18k white gold masterpiece, weighing in at just over 4 pounds with St. Michael's halo featuring a pear-shaped solitaire of VVS clarity diamonds, baguettes to the feathers of his wings and also including two different sized diamonds. The Cuban link is also one-of-a-kind, but Tyga copped ten smaller versions of it to give to his crew. 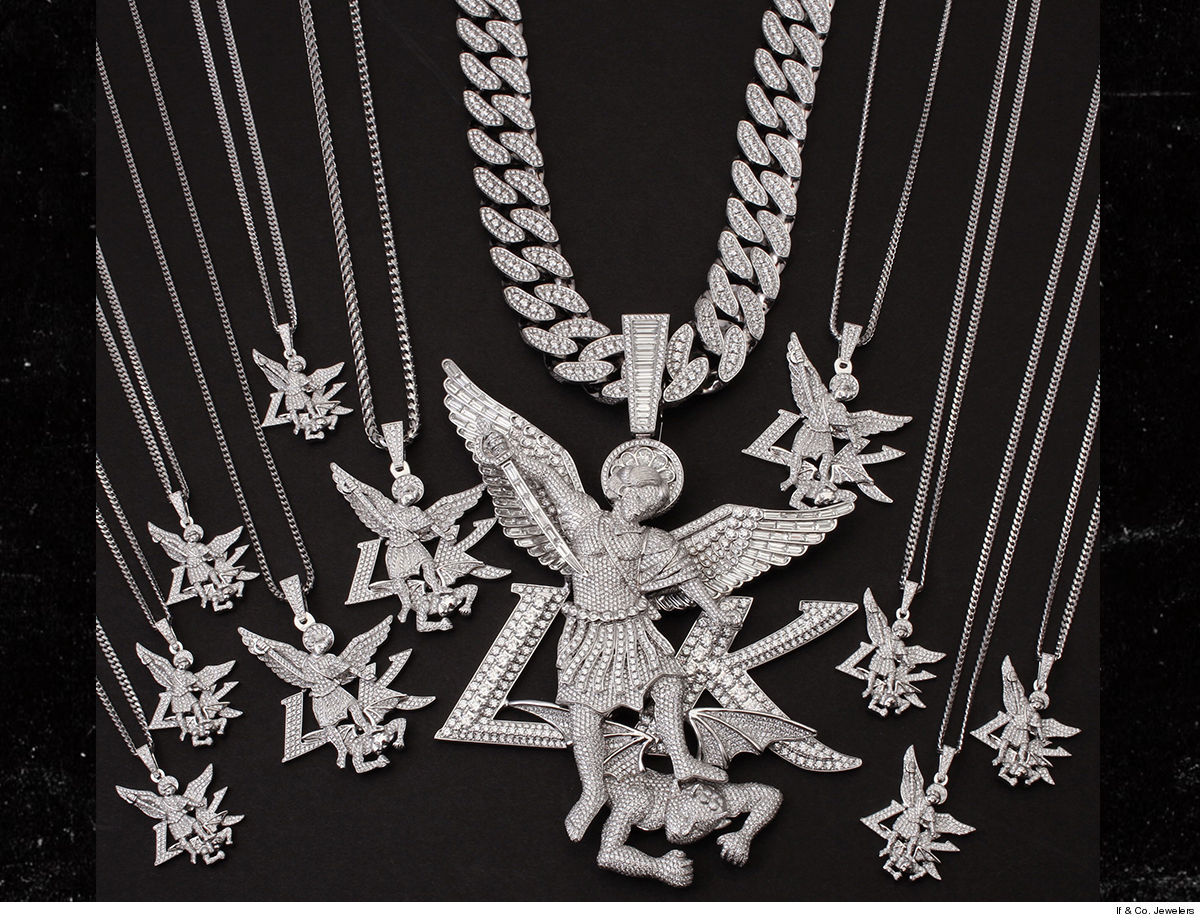 The cover art for his latest track 'Goddamn' shows him wearing the new ice.